Zug. A Town of Wealth and Luxury

Zug is a capital of a small canton of the same name, located a little south of Zurich. Despite its small size, this canton is the wealthiest in the country. The local level of income surpasses even Zurich. The secret to the success lies primarily in a lax tax policy. Wealthy people, oil corporations, large companies, banking institutions - basically everyone who has a lot of money is drawn here since you can earn more and pay less.

Despite the fact that some of the richest people in Switzerland and the world work and live in Zug, you can’t tell that at all if you walk around the town streets. Swiss love simplicity and moderation, and no one is in the habit of scattering money left and right. Perhaps this is the secret of their wealth. Everything here looks ordinary but there tell tales if you look a little closer. For example, if you order a taxi in Zug, you will most get an expensive car. People here like expensive cars, clothes, jewelry, etc.

In addition to the high density of rich people per mile, Zug is also known for its waterfront, where you can enjoy a breathtaking sunset. The sun descending over the horizon, colors the sky and the water surface of the lake in indescribable red, pink and burgundy shades. There is nothing more romantic than a walk through the evening Zug and its suburbs.

How to Get there from Zurich

There are several ways to get to Zug from Zurich. The easiest and cheapest is the train. There is one about every five minutes but they take 20-45 minutes to get there. If you are in a hurry, then you need to take the speed train, or you can order a transfer to Zug by car.

When you have arrived into town and checked into the hotel, go straight to sightseeing - there is a lot to do! Let's take a look at the most exciting ones: 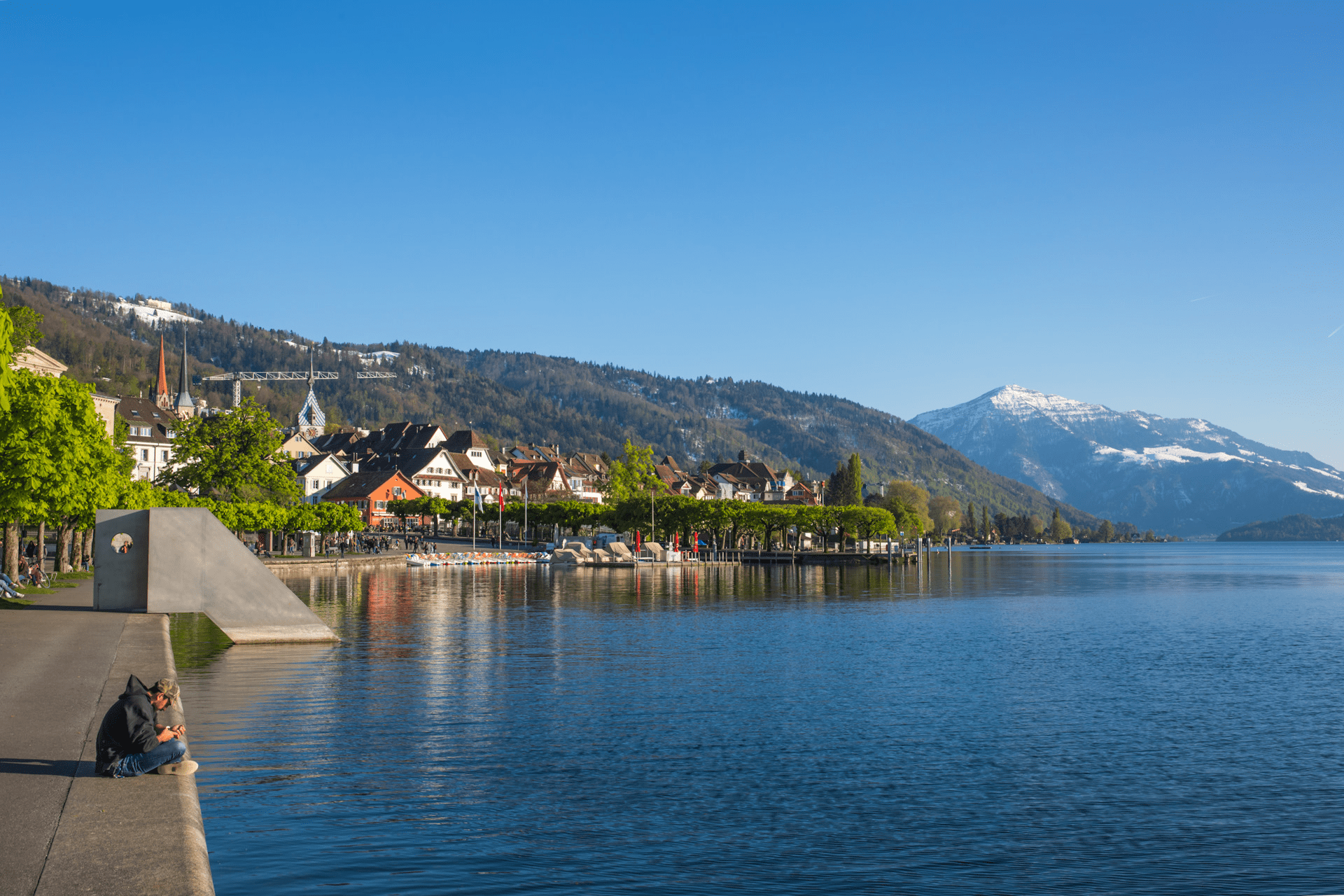 Despite the fact that the town is rather small, it is very densely populated, so congestions on the roads do occur. And if you do not want to travel on foot, book a taxi cab service in Zug. This will save your valuable time, leaving more to get the most out of your vacation.